IREF, the Federation of European Partnership and Franchise Networks

The iREF has been promoting French and European brands in all activities for more than 30 years. It is the European Federation, transversal which brings together all forms of independent organized commerce (franchise, partnership, concession, brand license, commission – affiliation, cooperative, GIE, voluntary chain, affiliation , etc.).

IREF was created in 1981 by Marc GOGUET, Maître Jean-Paul Clément and Michel KAHN. At that time, IREF was originally called (hence its initials) Franchise Research and Training Institute. The IREF brings together all the gray matter to codify the principles, legal, marketing, economic and managerial techniques currently in use in the vast majority of networks.

IREF promotes franchising and other forms of organized and associated commerce, in particular developing training with the chambers of commerce of French industry and universities. IREF created the Center for International Franchise Studies – Strasbourg Law School, in 1987. Finally, the same year, the IREF, in agreement with the direction of internal trade, is transformed into a transversal federation and creates with the Ministry of Trade and Crafts, the competition “Best Franchisees & Partners of France”.

In the years 1988-89, IREF accompanied and participated in the preparatory work for the Doubin Law.

Deeply attentive to the legal, economic and strategic developments applied in the networks, the IREF has developed the franchise towards other alternative forms, in particular the partnership and participates in the restructuring of the other forms of organized commerce.

IREF, Federation of European Networks Partnership and Franchise is today the transversal federation of all forms of organized commerce. This is what makes the richness of the IREF. 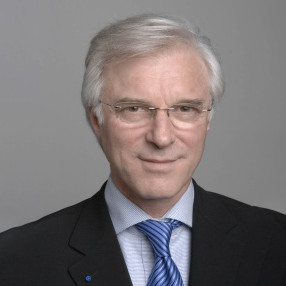 Michel Kahn, a President at the heart of the networks since 1970

For more than 35 years, Michel Kahn has been developing his skills and his theoretical and practical experience in all forms of independent organized commerce.

In the institutional, academic, practical and expert framework, he intervenes in his capacity both with already established networks and with support for future networks that want to present themselves on the Franchise and Partnership markets. He is the designer of original techniques, adapted to the world of Franchise networks, partnerships, concessions, branches, cooperatives, voluntary chains, licenses and networks of commission agents.

He was a founding member of the IREF and Vice-President of the FFF.

The reference book, by Michel Kahn

Through this book, published by DUNOD editions in 2018, Michel Kahn reveals his expertise in the field of the development of organized trade networks but also within the IREF and presents to us the different forms of independent and associated organized trade which do not stop evolving.

This very operational book provides a complete overview and, with the help of numerous examples, cases, practical advice and evaluation grids, allows network heads to learn a little more about development issues and then about solutions. to which an organized trade network can have recourse (…). 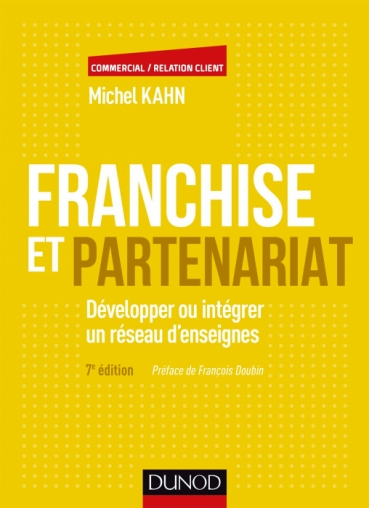 The IREF promotes all forms of independent and associated organized trade (franchise, partnership, concession, brand license, commission-affiliation, etc.). The IREF is particularly known for its famous contest “Best Franchisees & Partners of France” organized every year since 1987.

Finally, the IREF allows all forms of network to meet to exchange their skills and experiences during workshops to enrich themselves from their mutual difference.

Thus the IREF organizes the cross-fertilization of all these forms of independent and associated organized trade which all have different legal, commercial, economic and managerial techniques.

The international delegations of the IREF